Adding New Drives
There are many reasons why you would need to add a new drive to your Linux box. You might have out-grown your current space limitations, or you may want to add a separate drive for a specific project or service. In any case, if you follow this guide, you should have no problems. First, you must be familiar with the naming scheme Linux uses for your drives. For purposes if this article, everything highlighted in blue is the command you must type at the terminal prompt. Anything hightlighted in red indicates changes made by a previous command or something you should pay special attention to. Anything highlighted in green is simply the standard output from a terminal or issued command. The machine used for this guide is running Red Hat Entperise Linux.

Conventional Naming
This article assumes you know the difference between primary, extended and logical partitions. In the following example, I added a SCSI hard drive with one primary partition. With that being said, I’ll continue explaining the naming scheme. Linux gives each drive a 3 letter name followed by a partition number. If you are using IDE drives, these will all be named hd**. Where hd denotes the drive and the next two variables are aassociated with IDE order (primary master, primary slave, etc) and partition number. So, your primary master drive will always be named hda. If you are using SCSI drives, everything remains the same except instead of using hd, drives are named sd**. Your SCSI primary master drive will always be named sda. All of these devices reside under the /dev portion of your Linux file system. For instance, as root, you can issue the following command to view the naming combinations possible for your system. Remember, in this example, I am using SCSI hardware. If you are using IDE, simply use hd is place of sd here.

Note that I omitted a large portion of the results because they were huge! Remember that this list is not dependent on the current number of hard drives in the system, but the maximum naming possibilities for any number of drives and partitions. Do not be surprised if your results are rather lengthy as well.

To do this, open the Group Policy Object Editor Console. Go to Start > Run…, type gpedit.msc and press OK.

Double Click this setting to open the Properties page. You are now given the option to leave it in a default state of Not Configured, set it to Always Enabled, Enabled for Servers/Workstations (Windows XP Pro) or Disabled completely 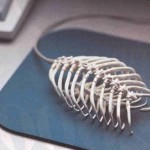